We're delighted that the fantastic Gary Delaney will be bringing his new show, There's Something About Gary to the Gloucester Comedy Festival!

'There's Something About Gary'... and that something is he likes to write and perform jokes. An awful lot of them.He thinks a good joke should be like a drunk Glaswegian, short and punchy.

Gary's last tour was extended four times and took in over 240 dates. His next tour will once again showcase exactly why he is seen as the premier gagsmith of his generation.

Through Twitter and TV he’s become one of the most quotable comedians in the country.  He loves each and every gag and you can’t help but be carried away by his infectious charm. He’s like a cheeky schoolboy who can barely hide his glee with each and every punch line.

He recently won Celebrity 15 to 1 and will soon be seen on Celebrity Mastermind and Celebrity University Challenge for team LSE, with his old university mate Martin Lewis (from MoneySavingExpert.com) who encouraged Gary to make his comedy bow. His other TV and radio credits include Robert’s Web (Channel 4), Loose Ends (BBC Radio 4) and Russell Kane’s Whistle-Stop Tour (BBC Radio 2).

A regular on Mock The Week, he has won two Sony Awards, as well as receiving a Chortle Award nomination. He’s also a regular writer for shows including Cats Does Countdown, A League Of Their Own, Live At The Apollo and The Royal Variety Performance, and his jokes have twice appeared in Dave's Top 10 Funniest Jokes from the Edinburgh Fringe.

“Expect a cavalcade of brilliantly inventive puns” The Guardian

What is the Handling Charge for?

To ensure tickets are delivered safely and securely and to keep the price as low as possible for you, the ticket buyer, Gloucester Comedy Festival generally uses our E-ticket system unless otherwise stated.

For this service we charge a small Handling Fee to cover the debit/credit card processing fees, customer services, processing and distribution of tickets and our secure server costs. We always try to keep these costs to an absolute minimum. If you feel at any time that our prices are not fair or competitive we'd be happy to hear from you.

If you have ordered physical paper tickets there is a further Delivery cost added to cover the delivery of your order through the Royal Mail network.

We always endeavour to keep these costs as low as possible to merely cover the costs of postage. We only charge you one Delivery cost per order so if there is a big group of you recommend purchasing larger amounts in one order.

When you purchase tickets through Gloucester Comedy Festival, the full face value of the ticket is shown. This price is the price set by the event promoter and we pay this full amount to the promoter without any deductions. 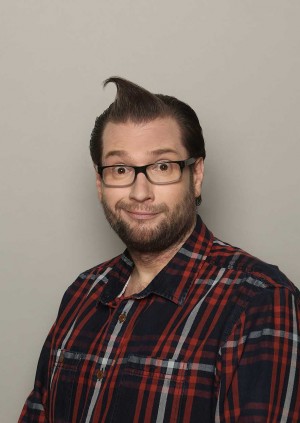